Gender Fluid means a person who does not identify themselves as having one gender. 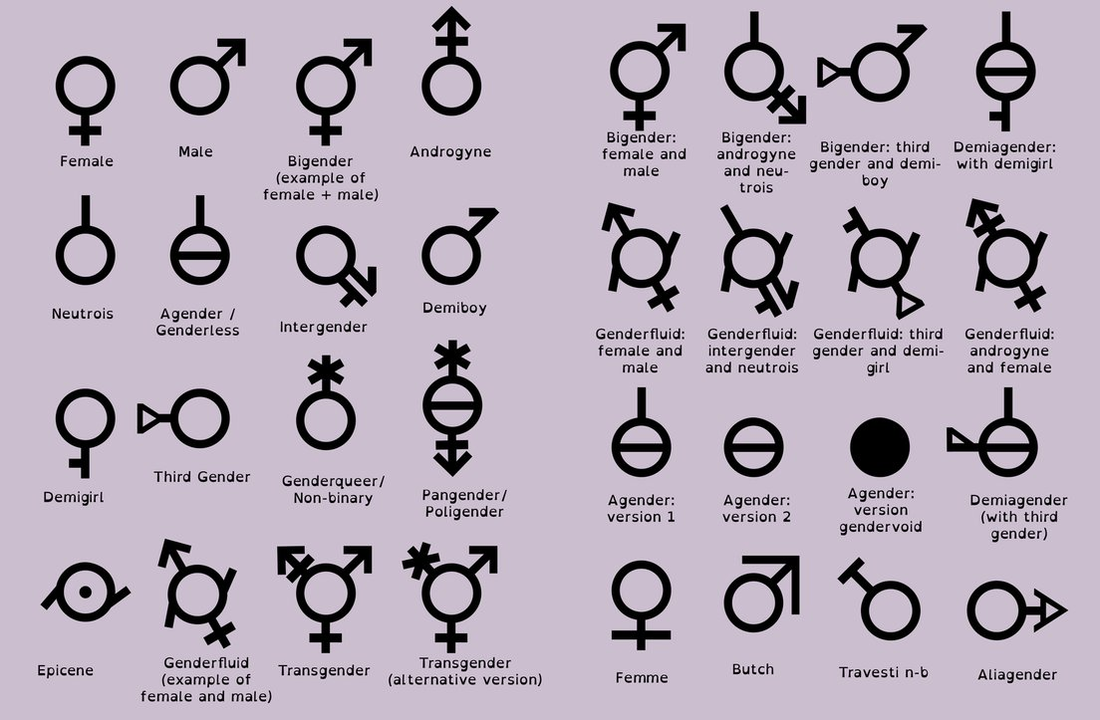 Gender Nonconforming means denoting or relating to a person whose behavior or appearance does not conform to prevailing cultural and social expectations about what is appropriate to their gender.

Gender variance is behavior or gender expression by an individual that does not match masculine and feminine gender norms.
Gender Queer is a person who does not subscribe to conventional gender distinctions but identifies with neither, both, or a combination of male and female genders.
Intersex is relating to or denoting a person or animal that has both male and female sex organs or other sexual characteristics.

Pangender people are those who feel they identify as all genders.
Transgender means denoting or relating to a person whose sense of personal identity does not correspond with the gender assigned to them at birth.
Gender Questioning is someone who may be questioning their gender or gender identity, and/or considering other ways of experiencing or expressing their gender or gender presentation.
Neither means not putting a label on one’s gender.
Two Sprit is a third gendered person.
Transfeminine means someone assigned a male sex at birth who identifies as feminine, but may not identify wholly as a woman.

http://www.thedailybeast.com/articles/2014/02/15/the-complete-glossary-of-facebook-s-51-gender-options.html
Posted by Unknown at 8:59 AM